Greeting at Mohamed V airport, assistance & transfer the Hotel in Rabat the capital of the Kingdom to visit the Historical & Culture Places, including the fortified Oudaya Kasbah, Hassan tower, where 4 facades are decorated different from each other, the old mosque and the Mohamed 5 mausoleum next to the tower, a masterpiece of Moroccan traditional architecture, the royal palace, residence of king the merinide dynasty, Dinner & Overnight in the Hotel / Riad.

After an early Breakfast we leave for Chefchaouen, the famous blue city of Morocco in the Rif Mountains. On route, we have few stops, on the Afternoon you can have a walk in this cool blue town, relaxed atmosphere of the Rif Mountains. Dinner & Overnight at the Hotel / Riad.

In the Morning After walk we drive Towards Fez, we Stop to visit volubilis; the roman ruins, explore the 2000-year-old ruins, the site was listed on the UNESCO World Heritage list In 1997, then we visit the holy city of Moulay Idriss where the founder of Fes is buried, we continue via Meknes we visit the Mausoleum of Moulay Ismail the founder of Meknes, the famous Bab Mansour, El Hedim square. the Museum of Moroccan, we will arrive to Fez the cultural and spiritual capital of Morocco, we check-in the Hotel, for Dinner & Overnight.

After an early Breakfast departure for the south of Morocco. We stop in Ifrane, known as the switezland of Morocco take some photos. Then we head toward Azrou to see the monkies in the cedar forest. Continuing to Midelt berber village Half way, lunch in a restaurant. We continue Travelling passing through TIZI N TALGHAMT & Errachidia, we will stop in the views of Ziz gorges & Ziz Oasis. The drive continues to Merzouga passing by Aoufous, Erfoud (famous with fossils), Rissani (famous with dates)In the Afternoon we reach to Merzouga After mint tea the guide and camels will be waiting to carry you across the sandy dunes of the erg-chebbi, you will enjoy the beauty of the sunset on camel, after 1 hour you will reach to the desert camp, the Local people will play for you Saharan Drums, Whatch the Stars, Dinner & Overnight in Tent.

Wake up early to see the sunrise on the dunes of Erg Chebbi, After shower & Breakfast we will take the camel back, You'll depart towards Gorge dades, traveling the rugged Road of a Thousand Kasbahs that rise up like turreted sand castles along this ancient caravan trading route.. The central region is one of the most exciting and romantic destinations of Morocco nestled along rich river valleys, palmeries and burnished mud-brick homes ablaze in vibrant color under the shelter of the blue desert sky. We'll travel through the ziz Valley past dramatic escarpments and plunging gorges via Tinghir. We'll stop for a lunch at a local restaurant in the villageafter a walk in gorge todra we will contunie towards a dades gorge, Dinner & overnight in the Hotel.

After exploring the dades Gorge we continue via ouarzazate we visit the Kasbah of Taourirt and the Atlas Studios movie studios. Then we visit the famous Kasbah, declared UNESCO World Heritage and which was the scene of films like The Gladiator, Babel, Lawrence of Arabia, After lunch Break we coutinue passing through the High Atlas and the Tizi-n-Tichka pass, along a road that climbs from the plains up to 2260 m above sea level we will have few quick stops to take pictures for the High Atlas Mountain.We check-in The Hotel. Dinner and Overnight.

In the Morning we will start a Private walking Tour to explore the Main Attractions & Monument of Marrakech the Red city, we beguin with the historical and cultural places in the Medina of Marrakech including Coranique Schools, Berber arts, Artisants, Museums, colorful Souks, After Lunch we will do the second part of the Tour with the Car to visit the Saadian Tombs, the Koutoubia Minaret, the Bahia Palace, Majorelle gardens, the Bahia Palace, Dinner in Nice Restaurant & overnight in the Hotel / Riad.

In the morning after breakfast depart towards a essaouira, in the way we stop to visit a cooperative of argan oil, we will start the visit of Essaouira, a relaxed town set two hours from Marrakech, is a UNESCO World Heritage Site – a protected city. The ramparts of Essaouria and the 16th century walled city offer astonishing views of the Atlantic Ocean. A day trip to Essaouria – one of the most charming medinas in all of Morocco – gives you ample time to visit the important monuments, the old fish markets, and the seaport. You’ll also have a chance to watch silver craftsmen and wood carvers at work.overnight and diner in the Hotel / Riad. 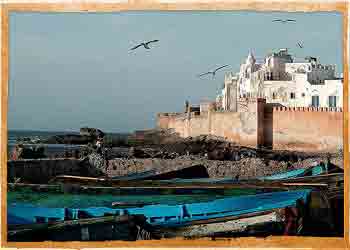 In the Morning after walk in Charming small town, Essaouira is the Old Portuguese city of Mogador. It was fortified by a French architect Vauban follower. These influences have given a beautiful and unique result. Today, the city is gradually becoming a city of artists.we will take road towards Casablanca through the atlantic caost we check-in the Hotel in Casablanca, Dinner in a Restaurant & overnight in the Hotel.

In the Morning we visit the Hassan II Mosque. As it is the second largest mosque in the world and indeed a beautiful work of art, it is one of the rare mosques opened to non-Muslims. Transfer to the Airport for the End of the Trip. 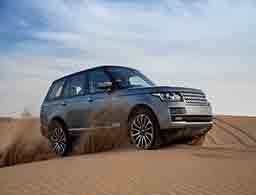 Morocco tour from agadir to agadir, in 8 Days...